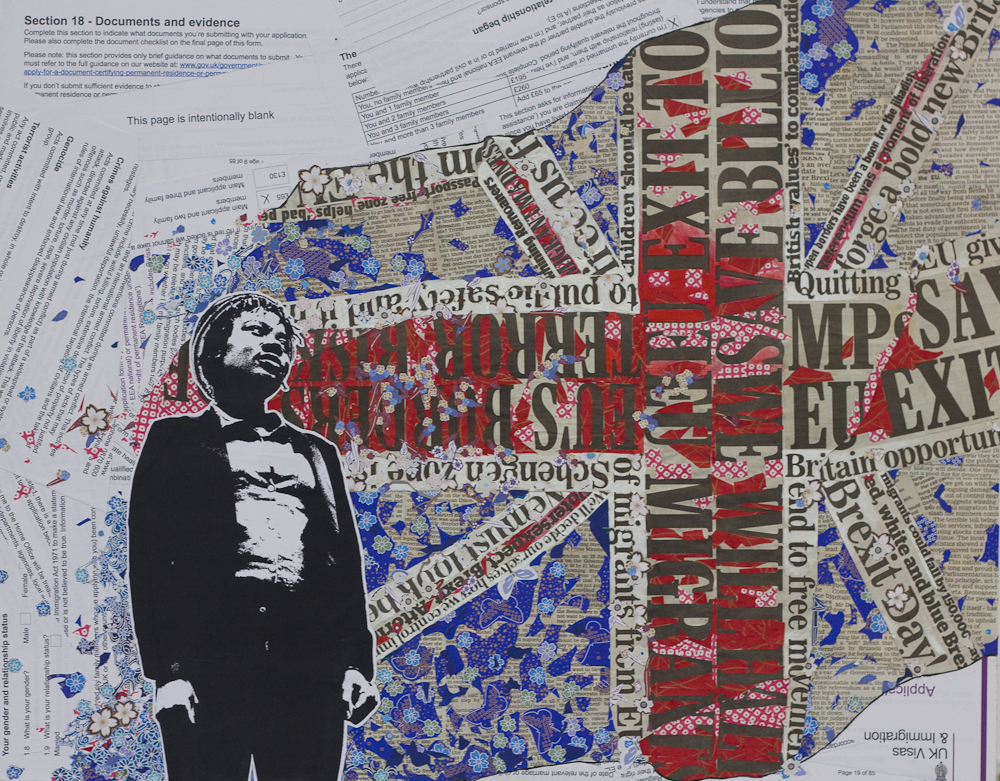 I fell in love with London in 2010 and decided to move to a country, where I could be myself, in all my complexities. London was the only place where I felt like I could fit. I felt like my blackness was accepted and so did my queerness. People were kind and open. I didn’t have to hide some parts of who I was. London loves young people and I thought I would get a chance. Then I moved to Scotland, and I was all of a sudden privileged as an EU-national. I hate to speak up for the EU because it’s a neoliberal and anti-refugee project, but I also have to admit that it has given me an undeniable privilege. It made it possible for me to come here and try to escape from the oppression I was facing in France as a black working-class woman. In the UK, I was all of a sudden considered French. Something I never felt in France even though I was born there. This acceptance of who I chose to identify as, made me eager to want to be a part of it. I did everything I could to be integrated. To belong to this idea of diversity which I thought existed under the British flag. I tried so hard to get rid of my French accent. To learn the British cultural markers to become British. And then Brexit shattered everything. It has given me anxiety attacks. It’s affected my mental health. I worked so hard to be a part of this country. In my enthusiasm to integrate, I only hang out with locals and my British friends don’t understand why I am so frightened. My family in France wonders when I’ll move back.

In my mind, I hope that Scotland would become independent, and for London to remain a bastion of diversity and a sanctuary city. But I know that Scotland probably won’t be allowed to become independent and London will become a tax haven where gentrification will get worse than it is now. I know that xenophobia will rise higher. What I feel now is anger. Anger for believing that the UK would be better than this, for being disappointed that I got fooled. It wasn’t better than this after all. Now I see beyond the English flag all the lies. And I try to accept that the country has shown me what it truly is. On the day of Brexit, I was filled with hopelessness, sadness and despair, a car passed by on the street waving the flag, cheering for Brexit and the break-up from the EU. And I was having a panic attack. I wanted to scream, but I couldn’t. Brexit for me is a vote of a specific community, the white English one. Those who, regardless of their gender, class, living places – either in cities or rural areas, feel that their identity is being threatened by a diversity I am no longer sure if it ever existed. The motivation of “taking back our country” is fuelled by the idea that England can and will rule the world, becoming an empire again. They really think Brexit is going to give the UK that opportunity as if it is a magical mirror where everyone sees what they want in. “We will stop free movement and have access to the single market. We don’t need all these foreigners, we can make it on our own. Of course, we can.” Good luck with that.