Uncharted Territory Art Show was an exhibition about Brexit and migration curated by Zadissa sisters 24-30 May 2019. Our aim with the show was to discuss issues about Brexit and Migration through art. 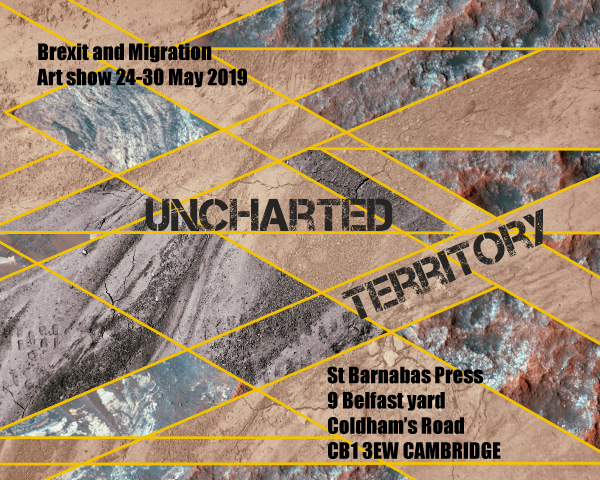 Best for Britain supported the show. 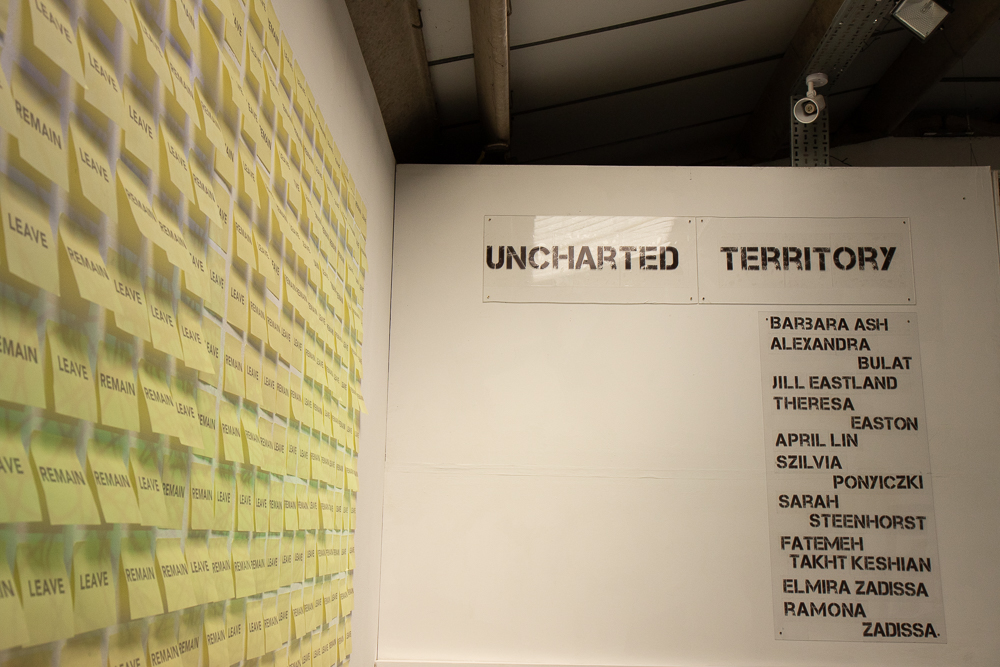 Brexit has created a divide in the population, lead to an increase in racism and reinforced a hierarchy among migrant communities. Uncharted Territory is a group exhibition with artists from various backgrounds and artistic expressions. It uses art to trigger conversations and to build bridges and invites the audience to reflect on issues of human mobility, identity construction and political discourse about Brexit and migration. 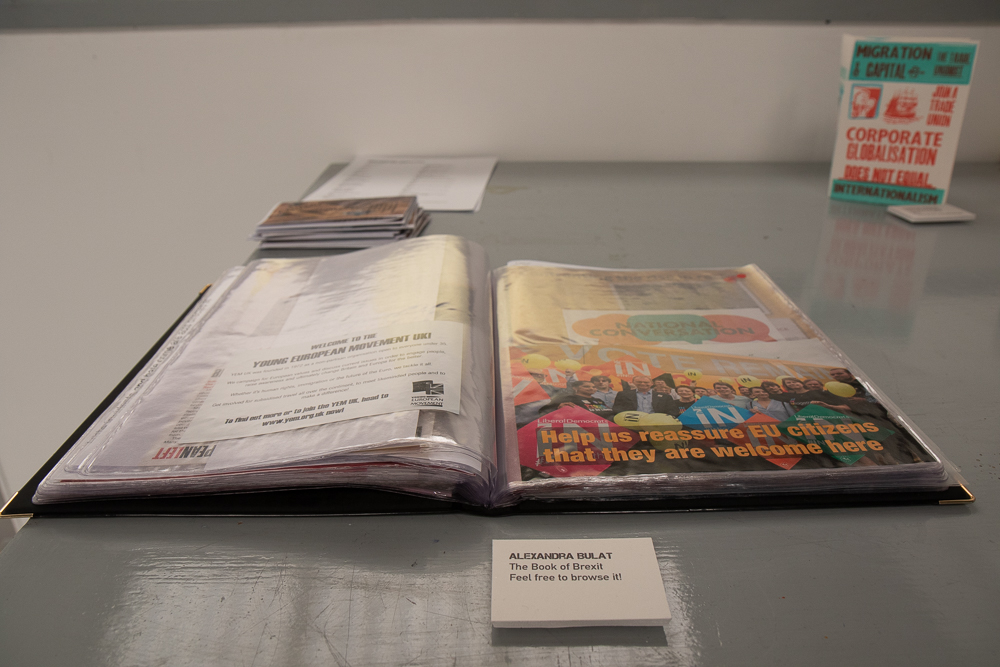 Alexandra’s exhibition of leaflets from both the Remain and the Leave campaigns opens your route through Uncharted Territory. The participants/audience will also mark on the map where they currently live and add one pin for each country of origin. The pins will be joined by a thread. The number of pins on the map and the threads will gradually create another map, one that shows human movement. 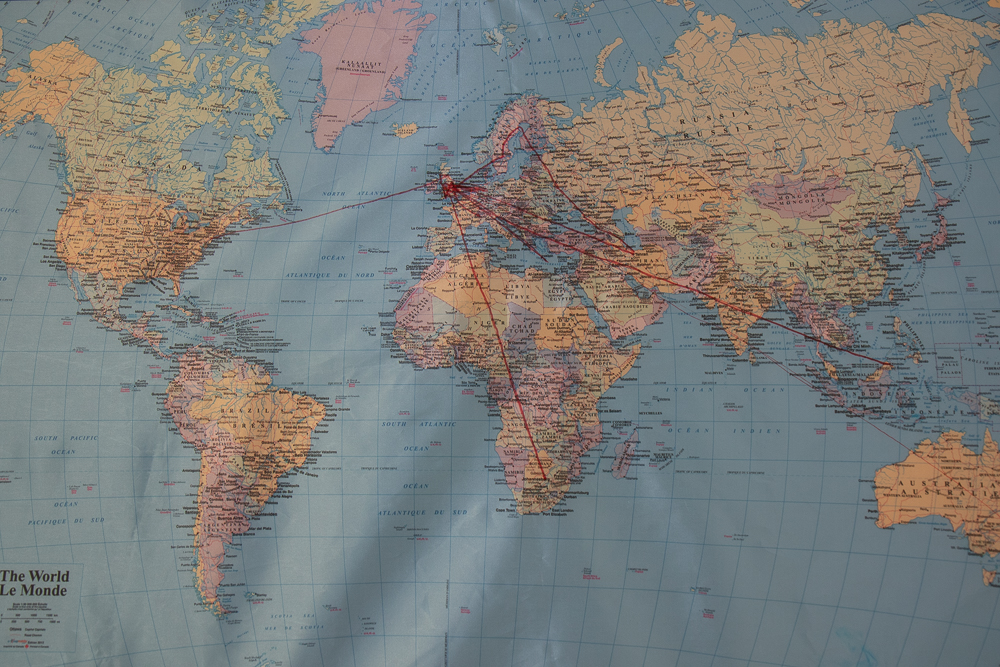 Experiences of human movement are at the centre of Brexit Stories. The collages depict how EU-nationals perceive themselves and their future in the UK in the light of ongoing discussions in media, at work/school and at home about Brexit. Brexit Stories together with To Drop Anchor raises the issues of migration, the  experience of negotiating with your identity as an immigrant and the process of being made into the Other. 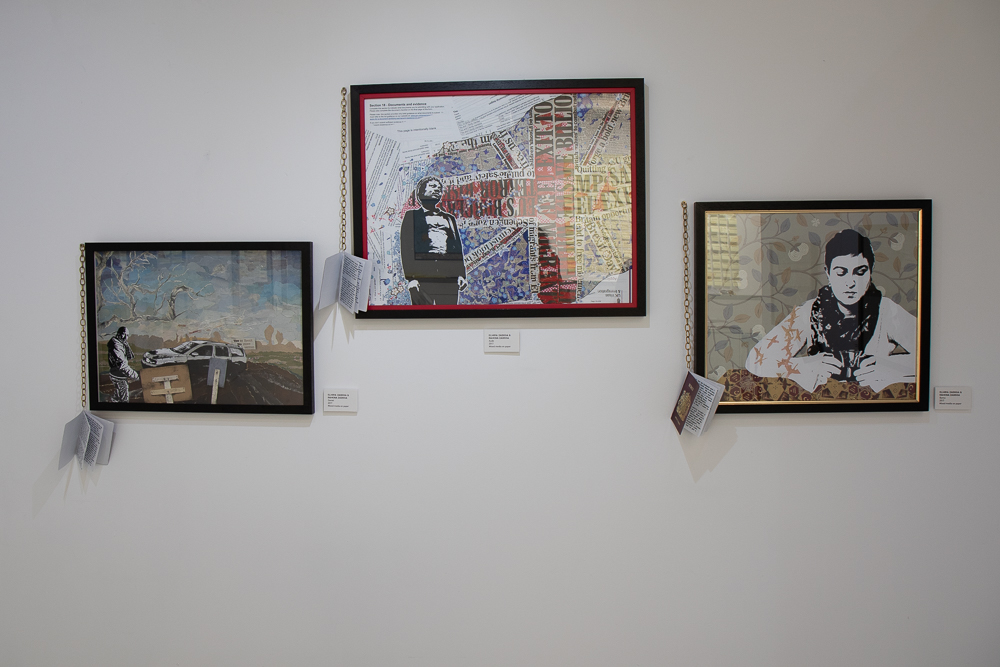 The video installation, The Gaze further examines the experience of being racialised and being in a position where one has to relate oneself to the criminalisation and/or exotification of one’s own body. 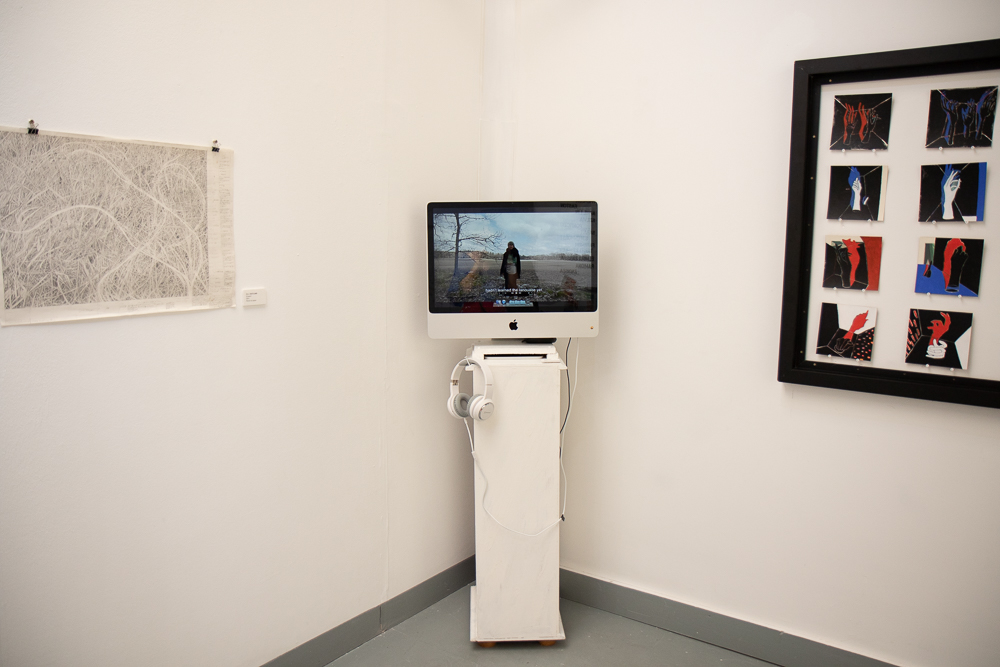 Where To Drop Anchor and Brexit Stories offer insights into how Otherness is constructed at an individual level, The Gaze examines the effect of the construction of Otherness as it becomes an integrated part of the societal structure and the practice of the authorities. April’s video observes the connection between institutionalised racism and racist practises at the individual level. 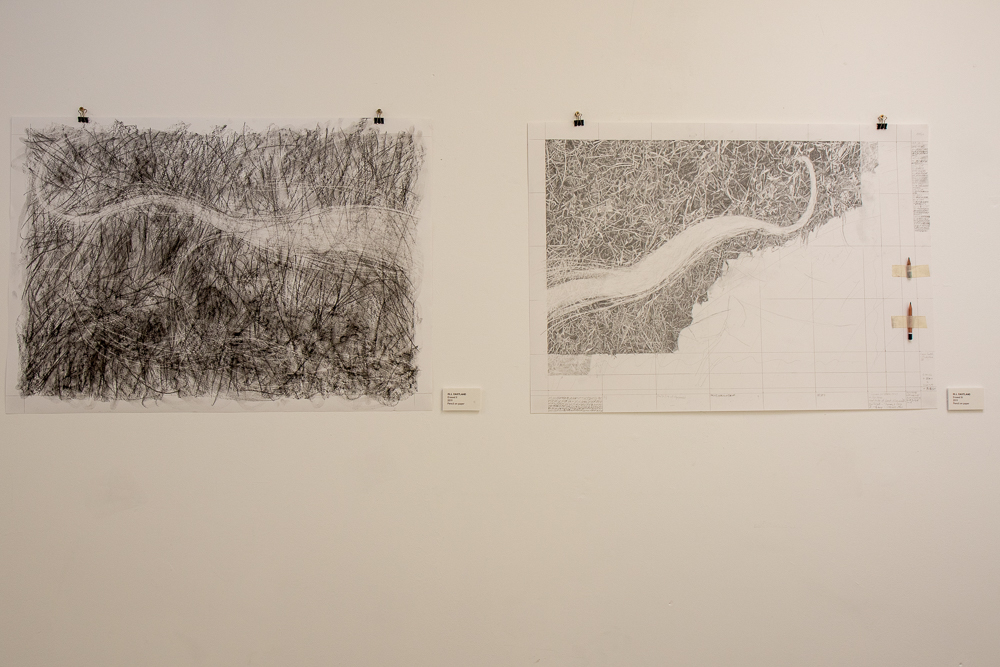 The theme of alienation and belonging is captured in Jill’s artwork, Erased, consists of negative drawings of hair on grass from photographs of common land grass overlaid with negative images of photograms of hair. The hair is black, but is erased and rendered white in the negative images, causing the real person to become less visible and exiling them from a sense of belonging to the land. 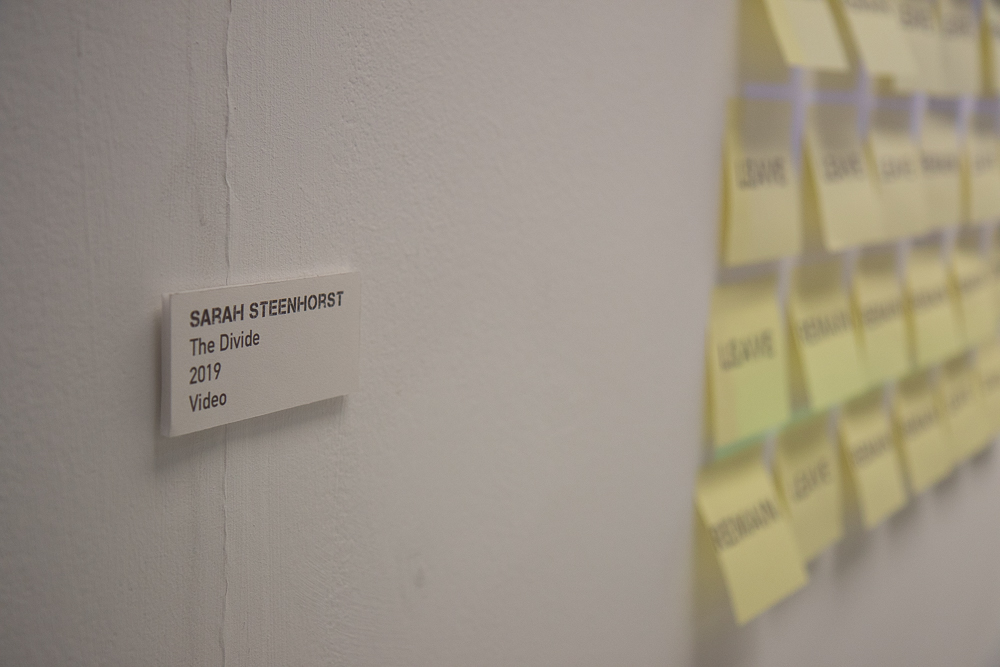 Sarah’s contribution, The Divide, is based on recorded interviews with people who have voted in the Brexit referendum, exploring the emotional and rational drive behind their votes. The video is projected on notes which have Leave and Remain written on them mixed together which makes it difficult to tell them apart. The installation is a testimony to the relative close gap between the Leave and Remain votes, yet the wide divide it has created in the country, among the UK nationals as well as members of migrant communities in relation to the topic of Brexit. 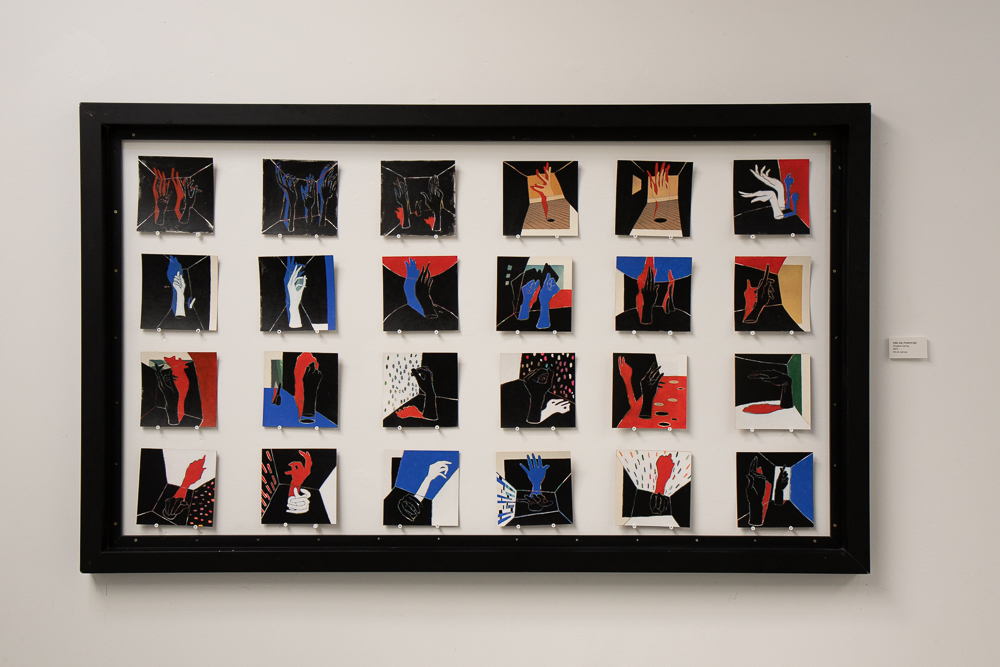 But how is individuation significant in relation to Brexit? How can we know what is best for us when making a decision without being governed by assumed or real social expectations? How can art help us in this process? Szilvia’s Jungian ideology based paintings encourage the viewers’ understanding of the Self, apprehension of the collective and personal unconscious. Shadow Series represents the struggle of humans and the oppressing forces of society, which address the collective challenges of our moment in history. The audience is invited to put themselves in the position presented in the paintings and try to work out a solution for themselves, making the artwork a catalyst for transformation. 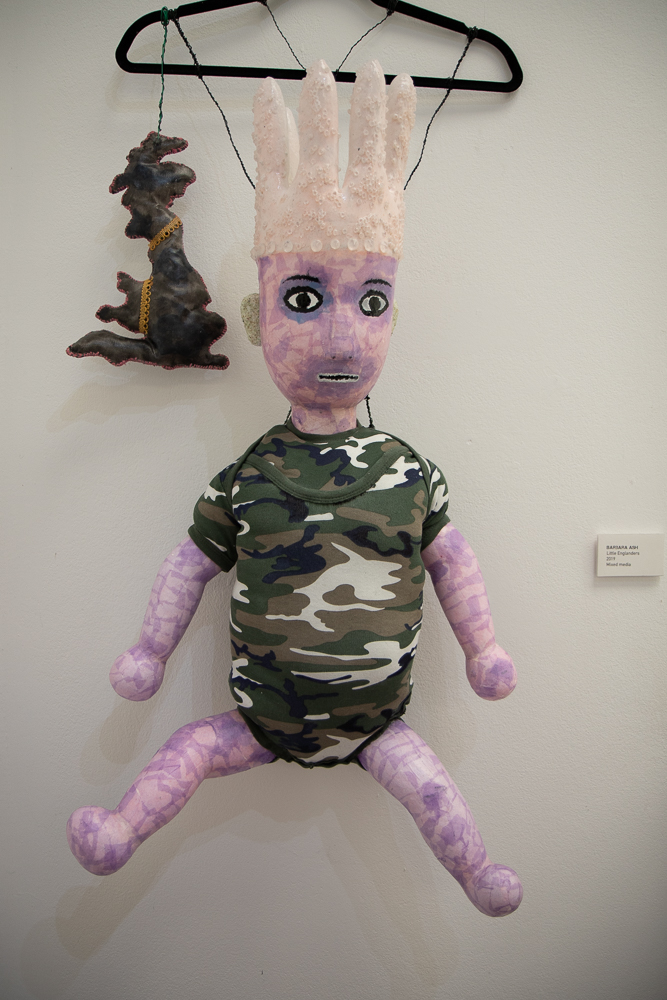 Barbara’s Little Englander is a mixed media puppet-like sculpture installation. It looks at ideas of jingoism, farce and sovereignty; a reaction to the current climate of chaos and division. 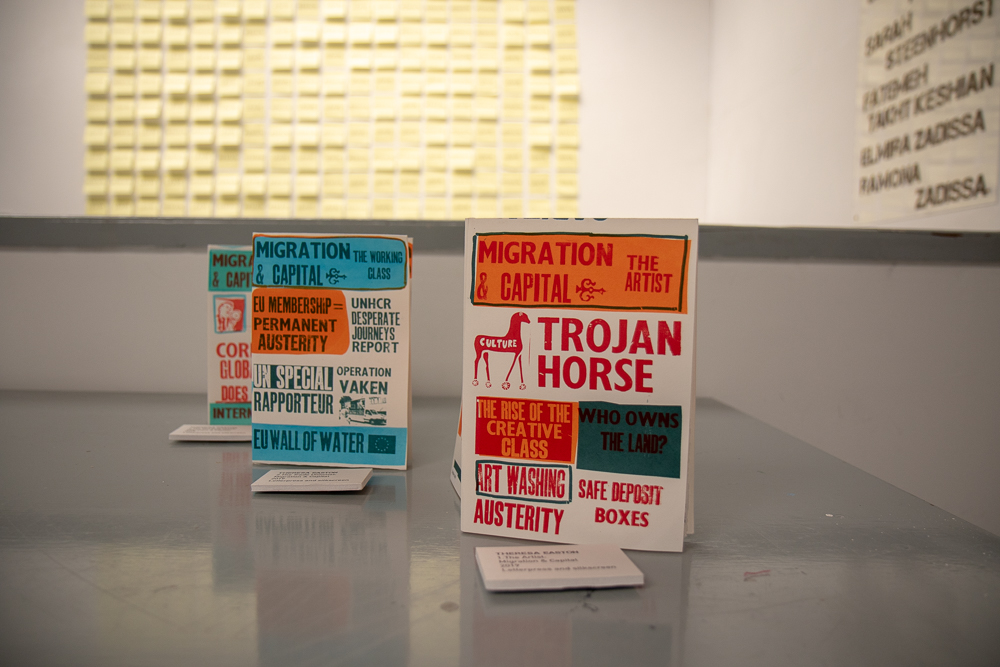 Letterpress and silkscreen are employed in the production of three broadsides that fold into Chap Books, which Theresa has made. The Chap Books are informative and reflective, offering a critique and exploration of the left-wing arguments for leaving the EU. Self-organised groups such as Trade Unionists against the EU, Artists for Brexit and other such groups inform the content and develop the narrative. The political ideas of these groups are presented within a framework that explores the issue of migration and capital. 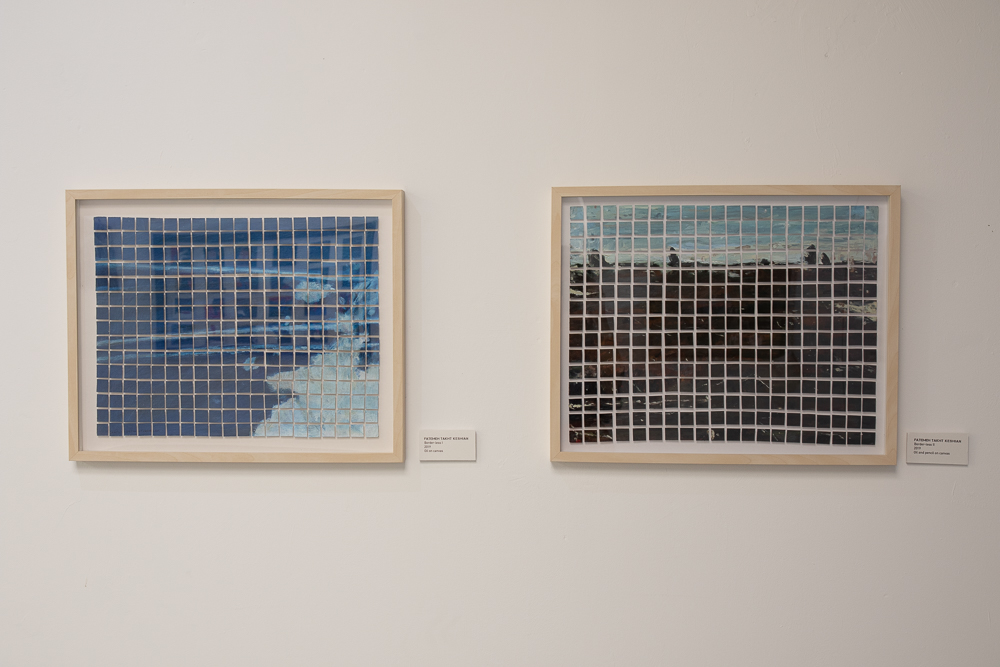 Border-less questions the notion of geographic borders. Borders are not a natural part of human collective identity.  In the artwork, borders are viewed as discursive and products of the ideological conceptualisation of nations and nationalisms. Border-less finishes the journey through Uncharted Territory by suggesting that social actors tend to maintain the idea of borders as a natural part of socio-political identities though in reality, they cut through human socio-political consciousness, constructing the idea of Otherness through the act of migration and human mobility. 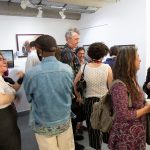 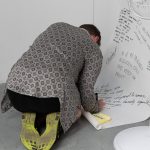 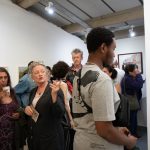 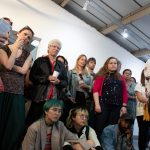 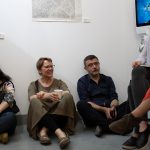 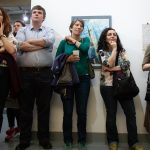 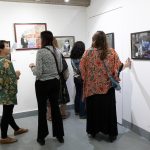 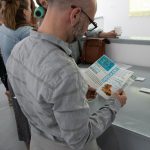 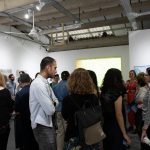 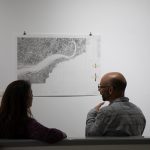 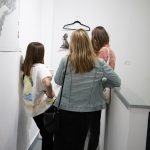 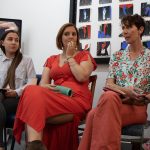 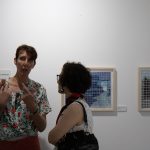 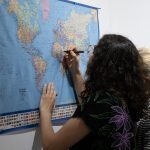 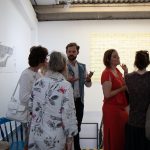